A dragonborn sorceress sent to the gladiator pits, Thava was apparently captured and enslaved on the road. She was released through the combined efforts of Ashraf, Khuna, Nobody, Resh, and Southie. Khuna ended up being the one to help her escape the city when it became clear that things in Scandshar were about to get very bloody; Thava promised to try to find her people and lend aid to the revolt if at all possible.

Croitus, Dhavita, Nobody, and Resh encountered Thava again in Vonseloth, where she warned them that mercenaries were outside the Solaeque Purlieu, waiting for them to leave. 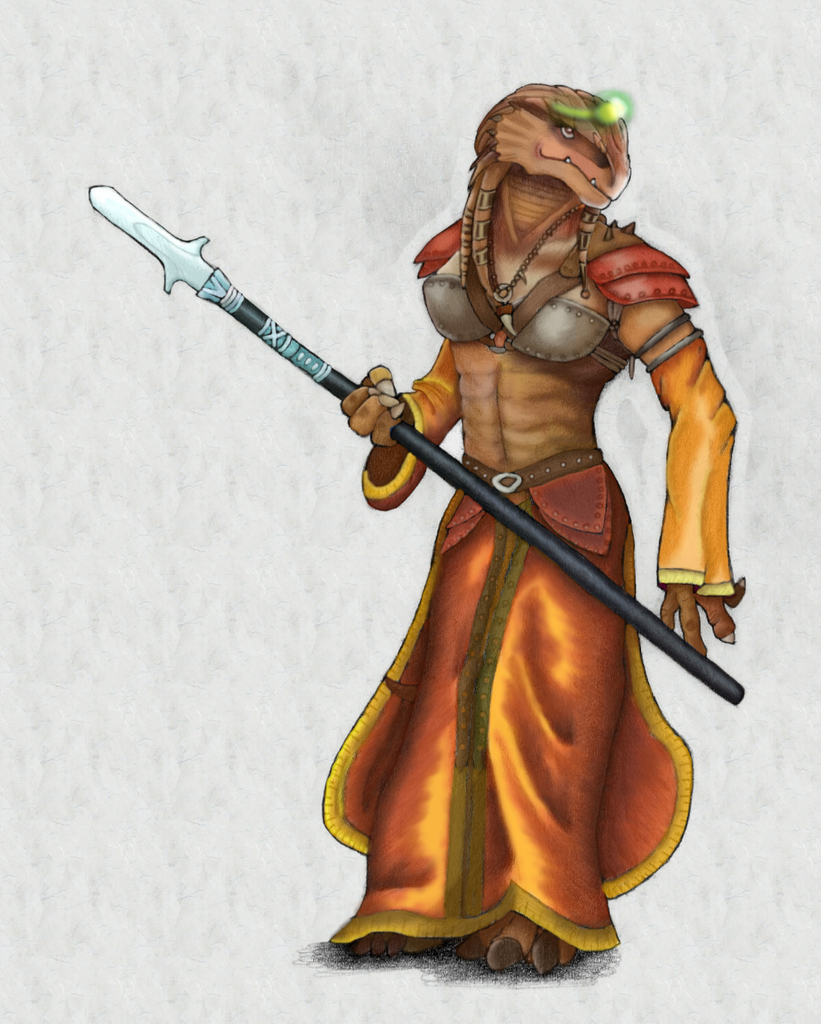